In addition to the 12 March 2015 Ceremony at Englændegraven and Reception at Bechs Hotel to commemorate the shooting down of Lancaster ME-449, two private events were held for the family members of the crew of ME449.

On 12 March 2015 in advance of the Ceremony, a luncheon for crew families and dignitaries was hosted by the Tarm Menighedsrådet (Tarm Parish Council) at Menighedshuset (Parish council house) in Tarm.

The next day, 13 March 2015, family members of the ME449 crew posed for photographs at the Englændergraven grave site.

Additionally, as part of a bus tour, crew families and Danish eye witnesses visited locations connected to the crash of ME449 and the evasion of survivors; sites included where the escape hatch landed, the crash site, two of the safe houses, and the exhibition “Flyvere i Natten” (Airmen in the Night) at the Ringkøbing-Skjern Museum. 13 March is the birth date of Dorthea Madsen (nee Kristensen), who gave assistance to Merv Berie and Stoney Mitchell on her 21st birthday in 1945; as part of the bus tour, Dothea’s 91st birthday was celebrated with the gift of a miniature replica of the plaque unveiled at Englændergraven the previous day. 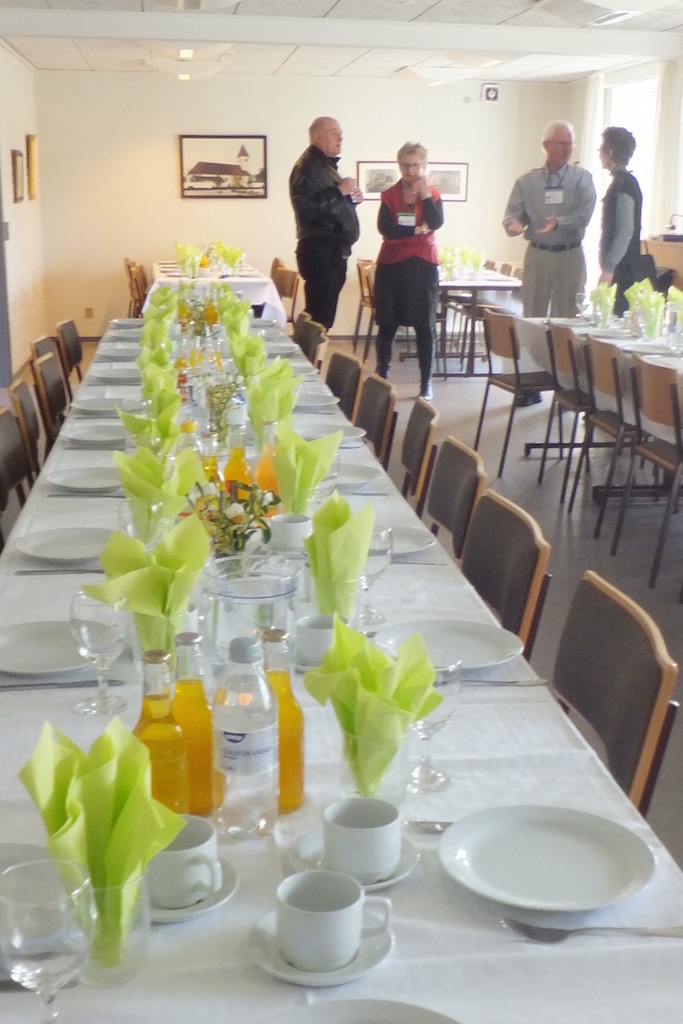 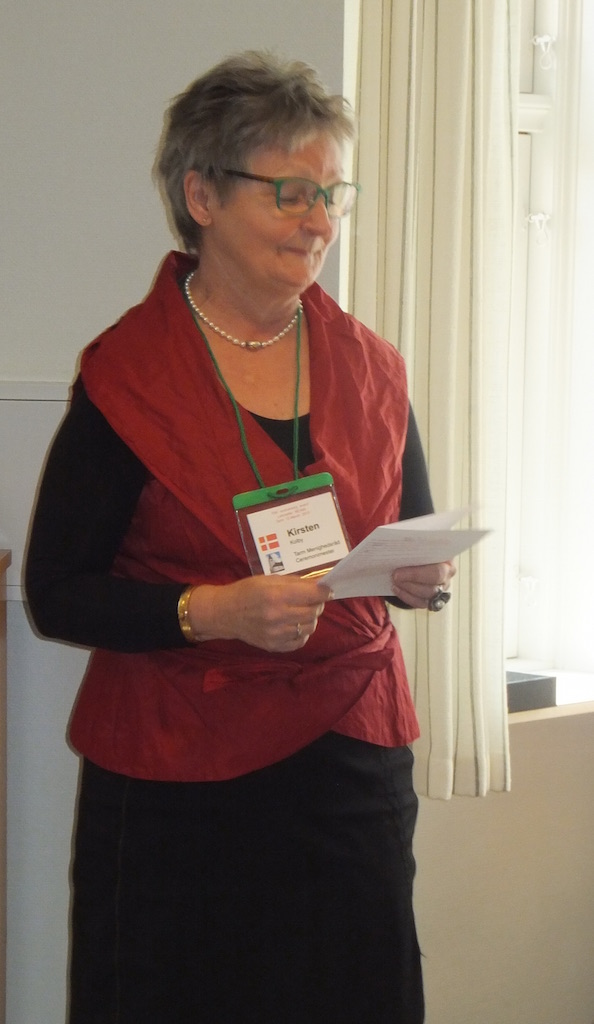 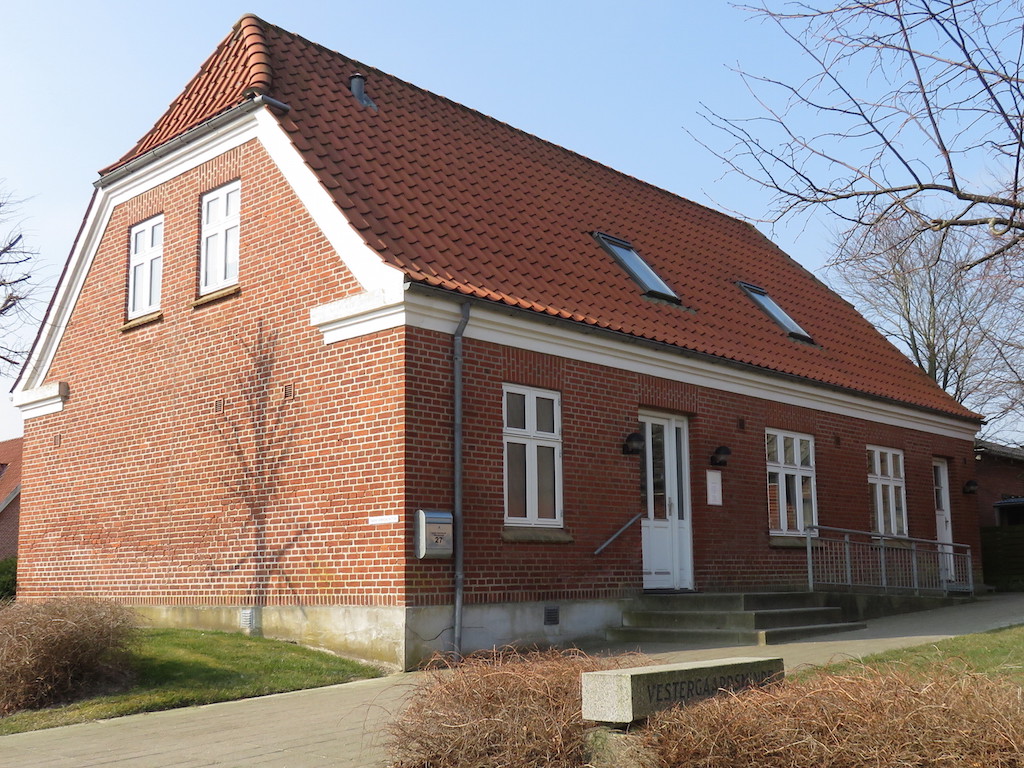 FAMILY MEMBERS OF THE CREW OF ME449
Photos by Dan Michener 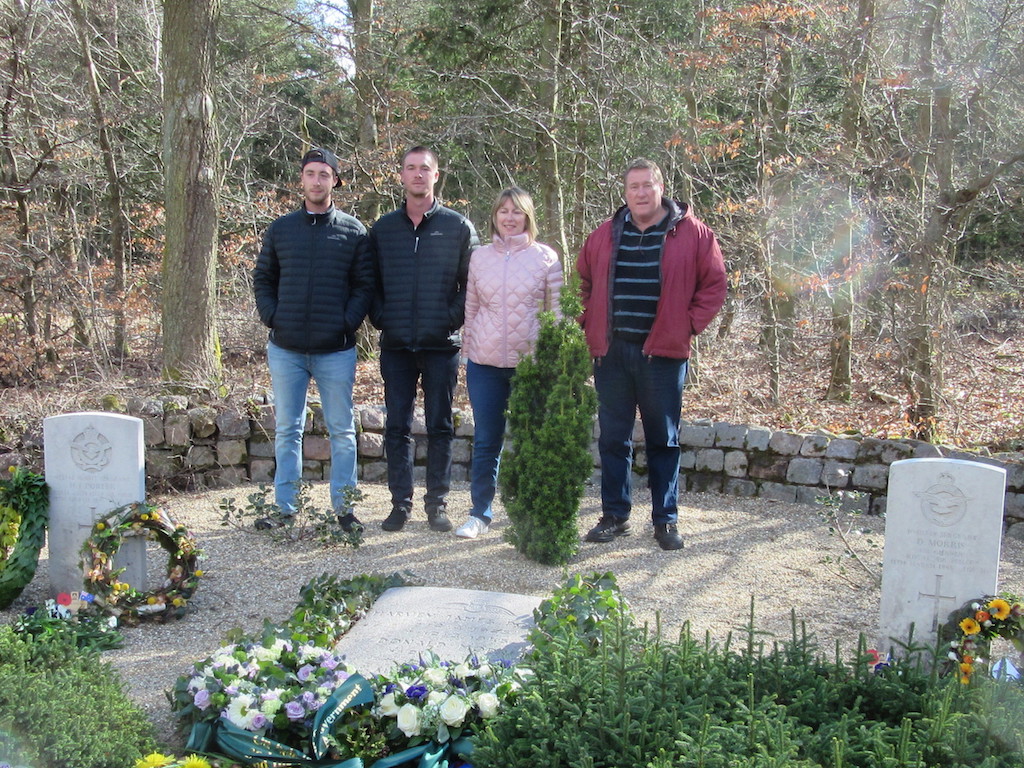 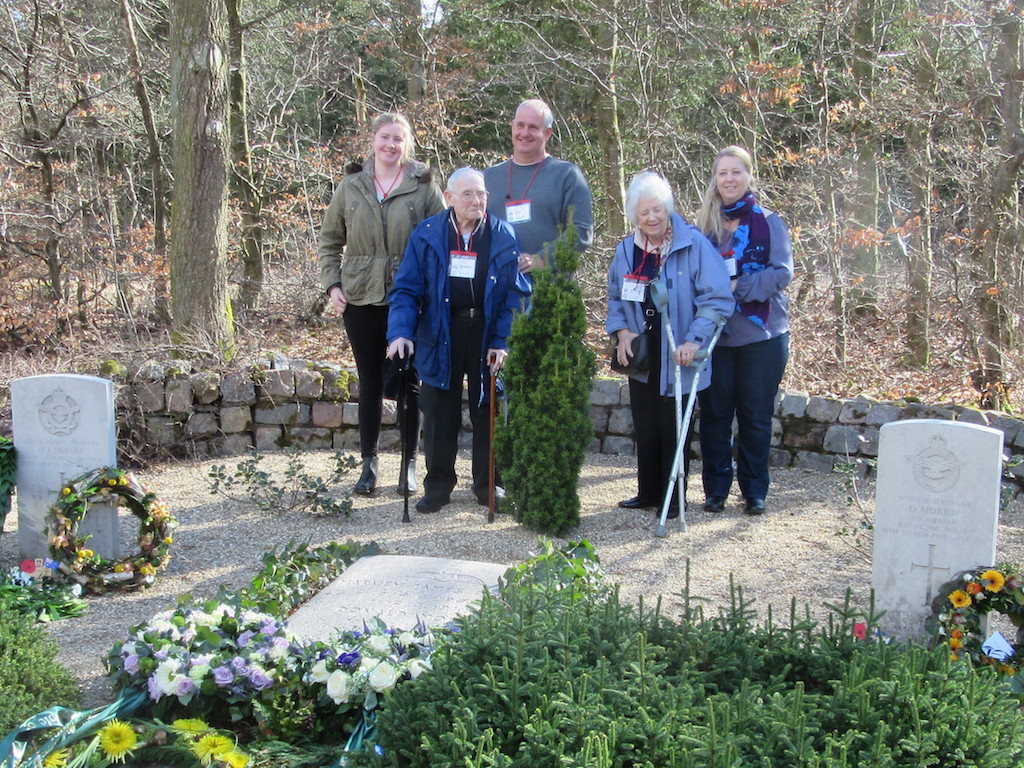 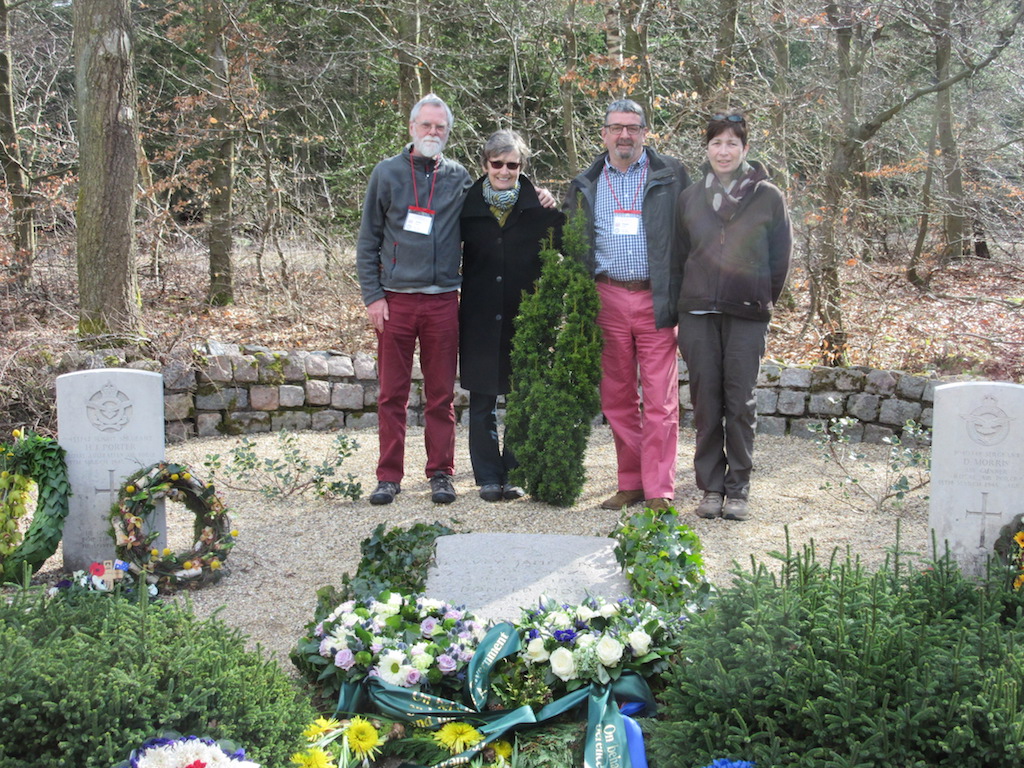 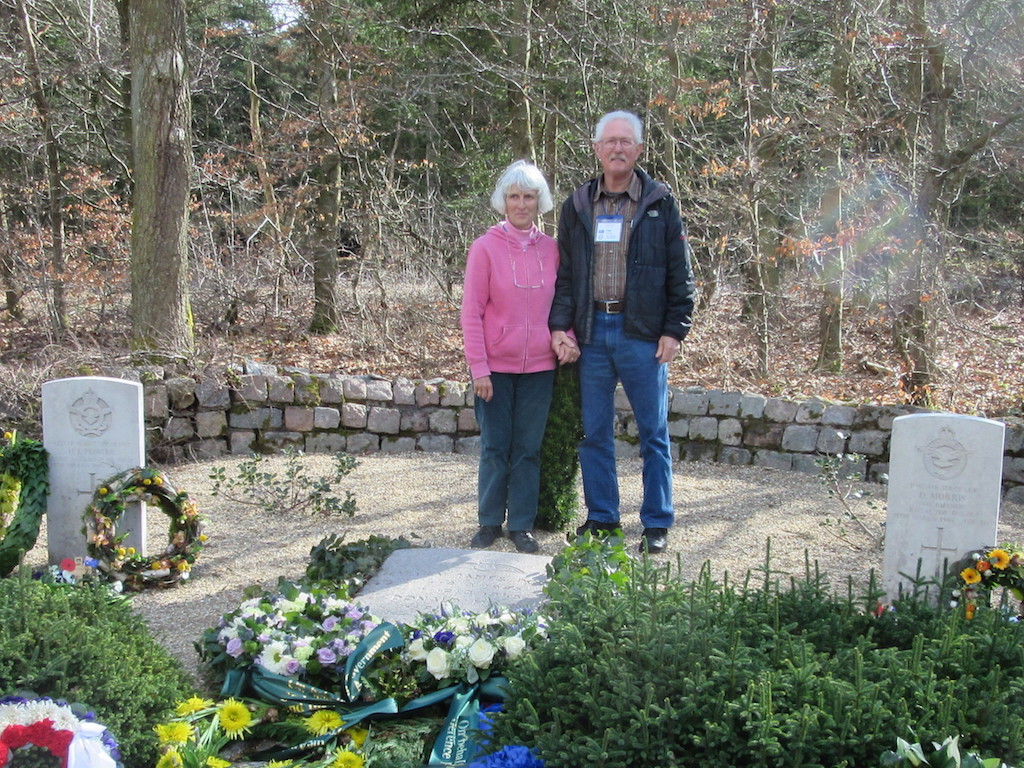 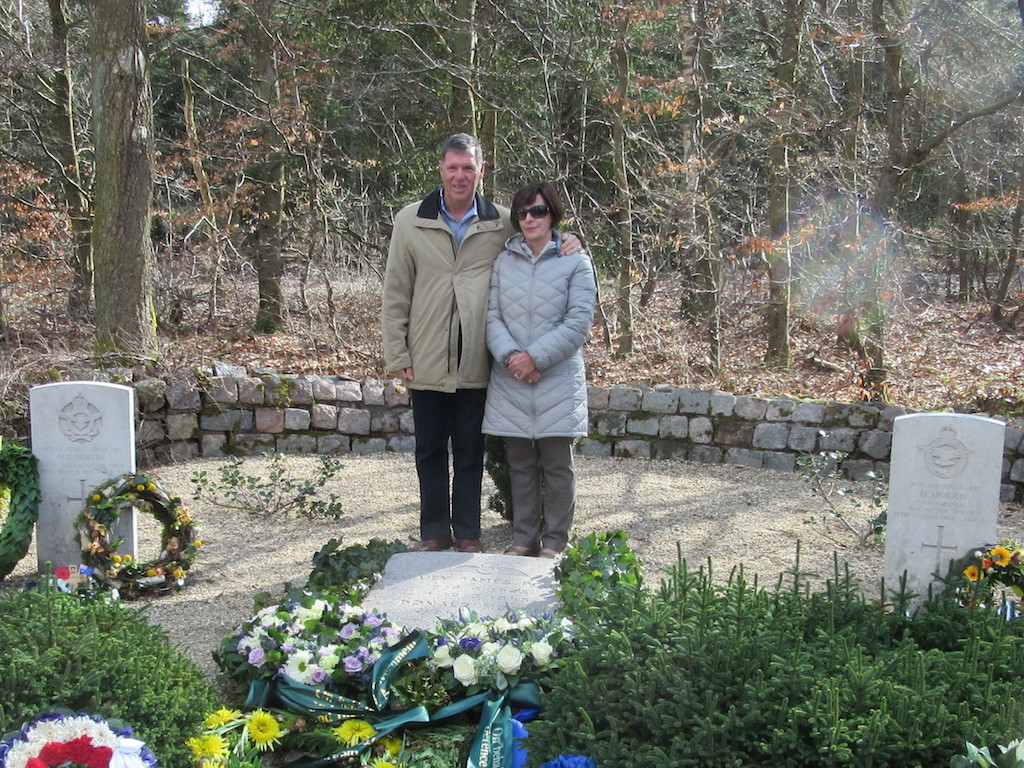 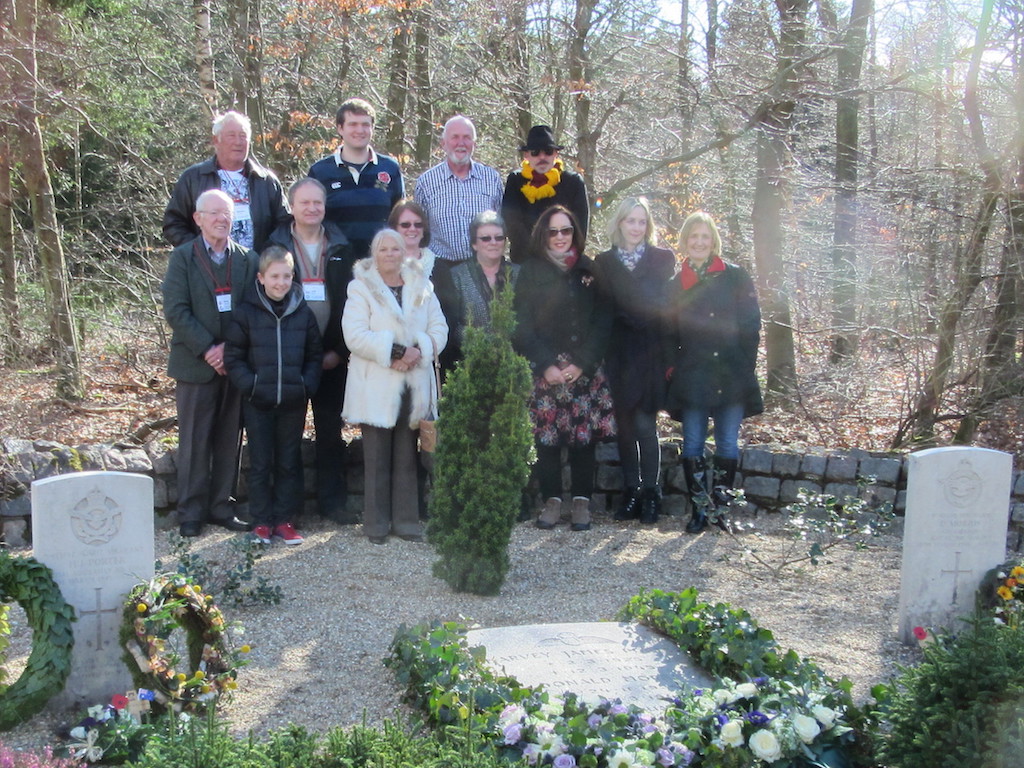 family members of the Flight Engineer Ken Foster, who survived and evaded, were unable to attend the 70th anniversary events.

Read the Speeches given by a representative of each crewman’s family. 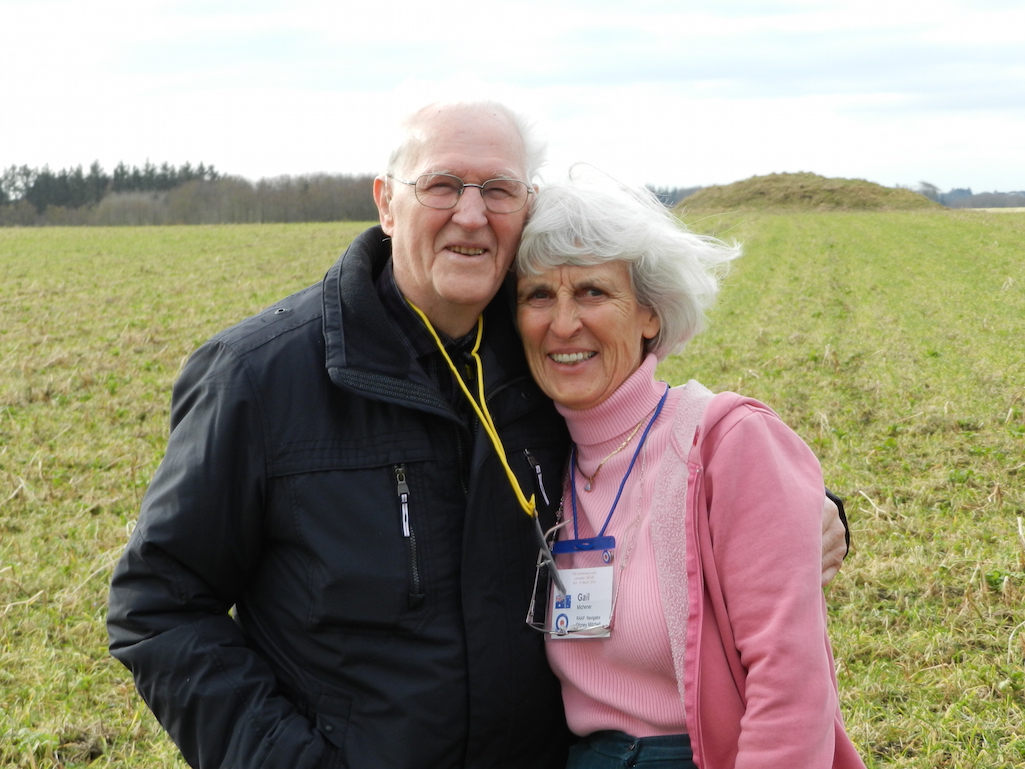 Laurids Bundgaard, finder of ME449 escape hatch, with Gail Michener
Laurids found the hatch in his father’s field near the barrow in the distance
Photo by Trish Haddon 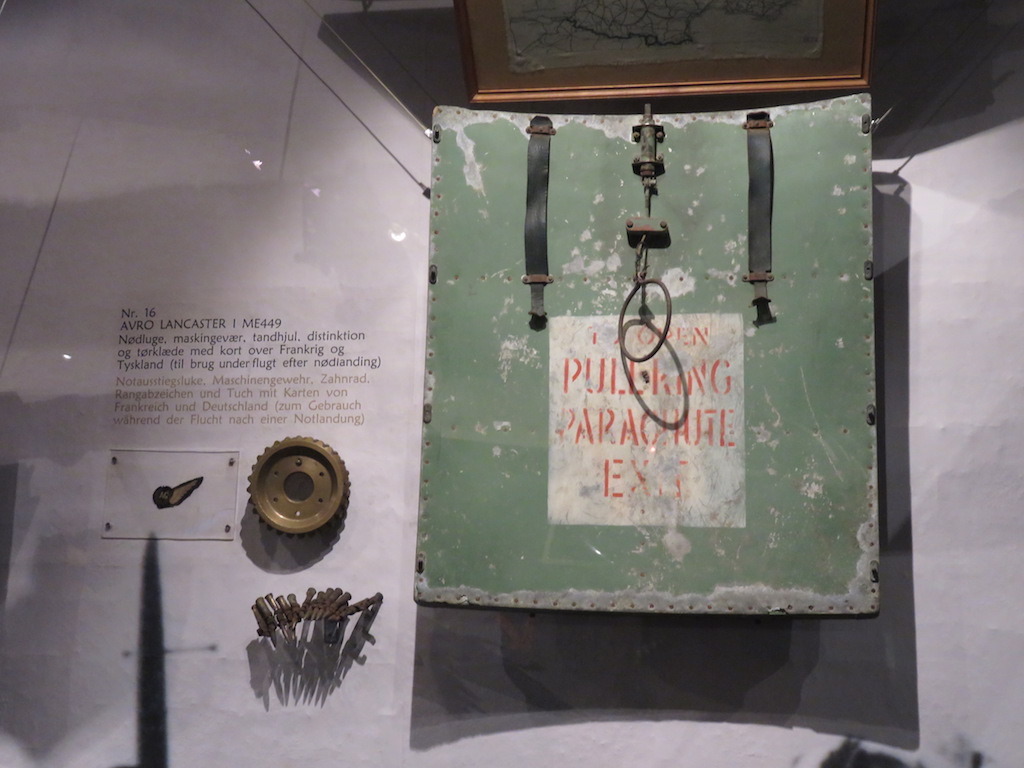 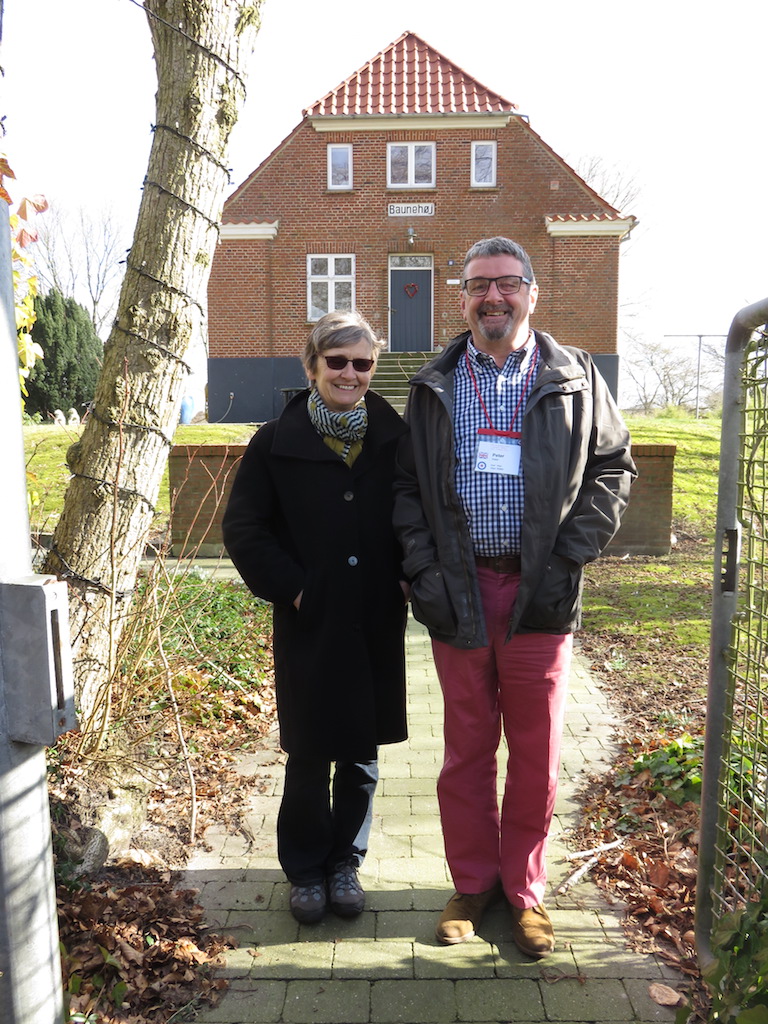 Allied airmen were hidden upstairs, the Kørvel family stayed on the main floor, and
German soldiers were billeted in the basement 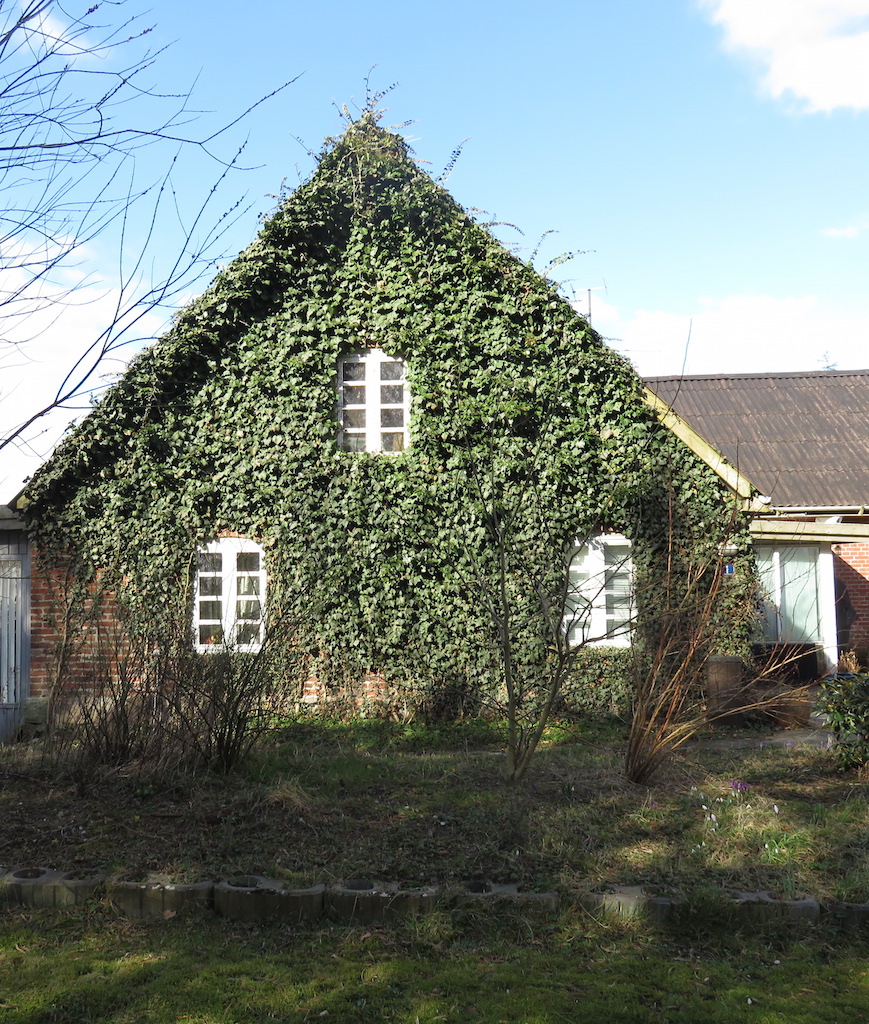 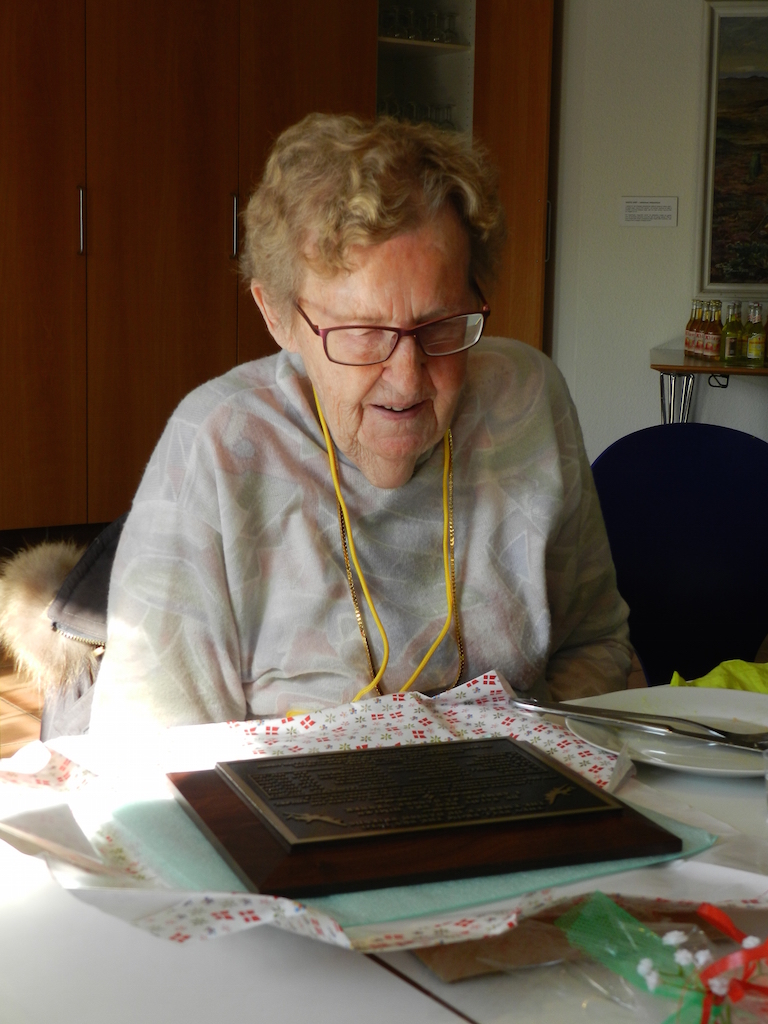 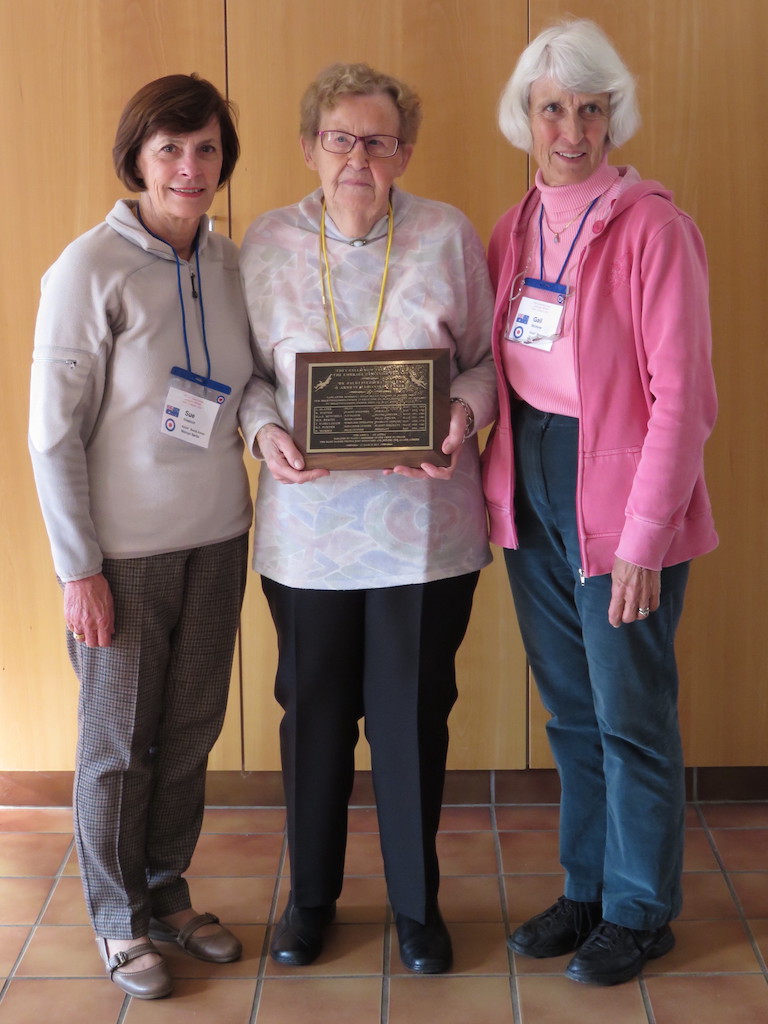