From 12 March through 16 March 1945, Mitchell and Bertie evaded on foot.  Thereafter, transport was arranged for them by the Danish Resistance. The coal delivery truck nicknamed “Dorte”, which was powered by a wood-burning gas generator, was driven by Ole Engberg when he took Mitchell and Bertie from Funder to Ikast on 17 March 1945 and from Ikast to Herning on 22 March 1945.

Ole Engberg and the truck “Dorte” that he used in his guise as a lignite delivery worker. A car used by Toldstrup and his driver Tage Hansen took Mitchell and Bertie from Herning to Ebeltoft on 2 April 1945. 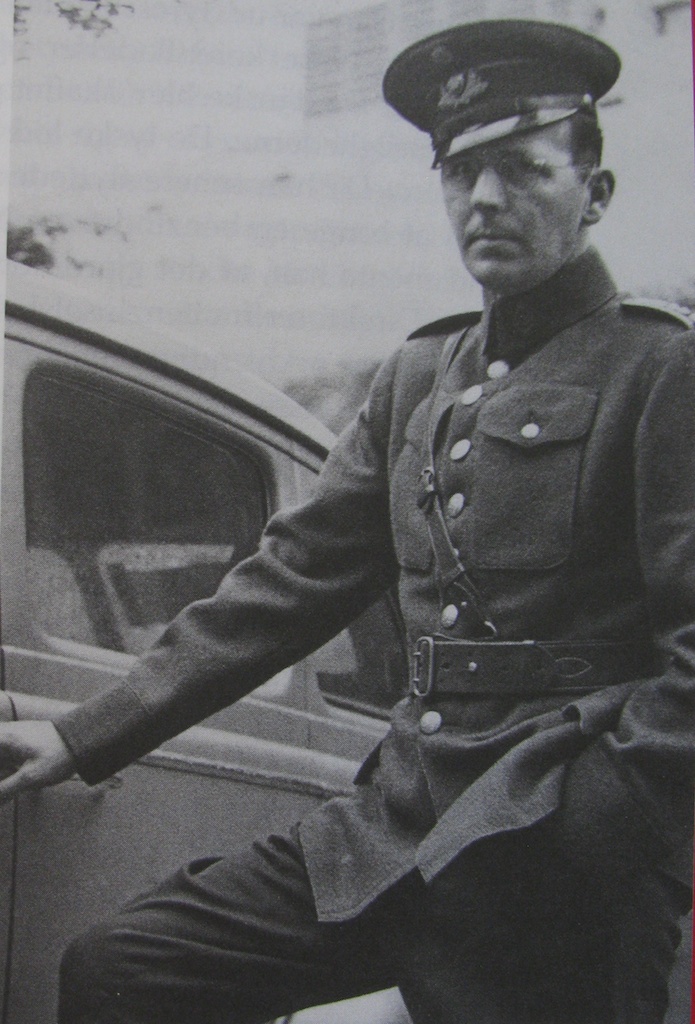 Toldstrup wore the disguise of an officer of the Statens Civile Luftværn to help pass through German checkpoints when he transported Mitchell and Bertie from Herning to Ebeltoft.

The fishing boat “Freden”, purchased by Toldstrup to smuggle people and goods between Denmark and Sweden, took Mitchell and Bertie from Øerhage near Ebeltoft to Göteborg on 5 April 1945.  “Freden” was registered to Henrik Henriksen in Svendborg, Denmark, as fishing vessel SG166 and was operated by Dansk Hjælpetjeneste out of Göteborg, Sweden, with the crew of Ulf Henrik Svenden-Tune, Henrik Henriksen, and Johannes Rasmussen. 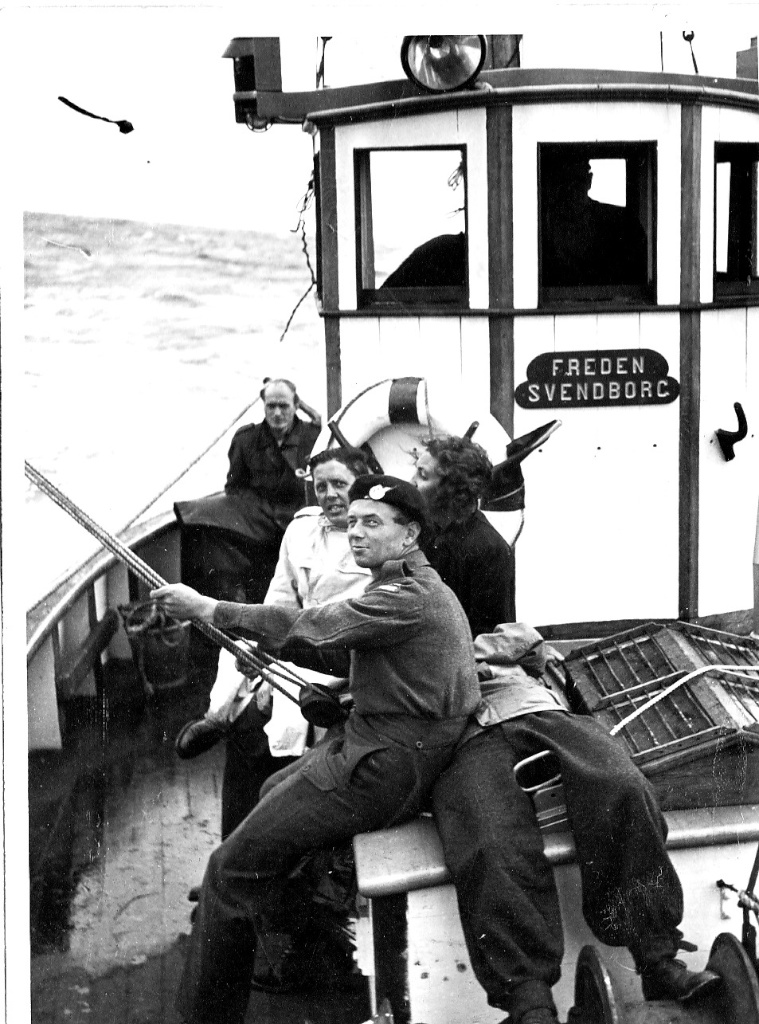