See the list of helpers who assisted Bomb Aimer Merv Bertie and Navigator Stoney Mitchell to evade from western Jutland to Sweden.
Many other Danish people protected and assisted the other three surviving crew of Lancaster ME449, Pilot Stan Slater, Wireless Operator Thomas Fairclough, and Flight Engineer Ken Foster.

On 15 September 1945, the British Legation in Copenhagen informed the Royal Danish Ministry of Foreign Affairs that the British War Office wished to establish an office “for the purpose of seeking out, questioning and recommending for awards those Danes who helped British Service personnel to evade capture by the enemy.” (letter archived in Frihedsmuseet Arkiv).  Subsequently, both the British I.S.9. (AB) and American M.I.S.-X opened adjacent offices in Dagmarhus, Copenhagen.  Resistance organizations were contacted for information about help given by their members and advertisements were placed in newspapers throughout Denmark in February and March 1946 to request that civilians send details on the assistance they provided to Allied airmen shot down in Denmark. 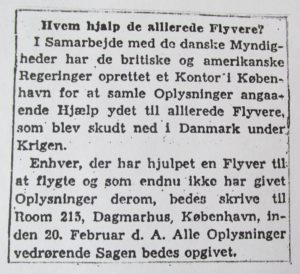 Notice from Danish newspaper requesting helpers of Allied airmen to submit information about the assistance they provided.

Six levels of helper assistance were recognized according to the effort and risk taken by the helper.  In August 1946, 476 Danes assigned Grade V awards and 192 Danes assigned Grade VI awards received two certificates, one from Deputy Supreme Commander, SHAEF, Air Chief Marshal Arthur W. Tedder on behalf of the British Government and one from Supreme Commander, SHAEF, General of the Army Dwight D. Eisenhower on behalf of the United State of America Government. The remaining 20 Danes assigned the higher level Grade II, III, and IV awards received their recognition later in 1946. 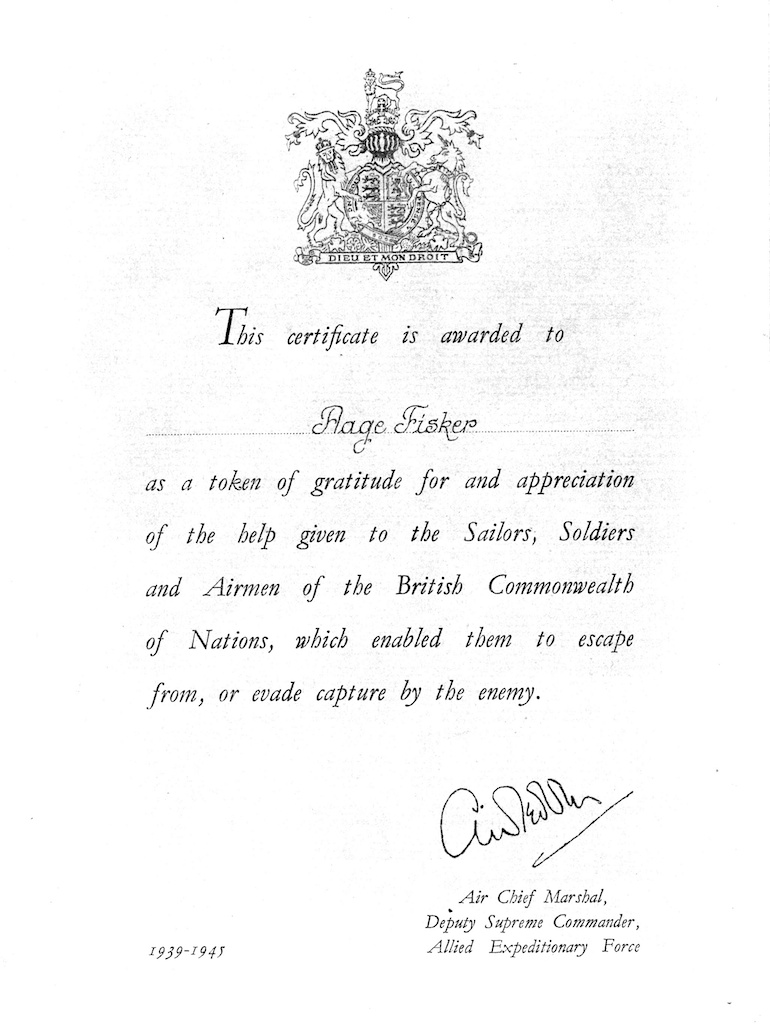 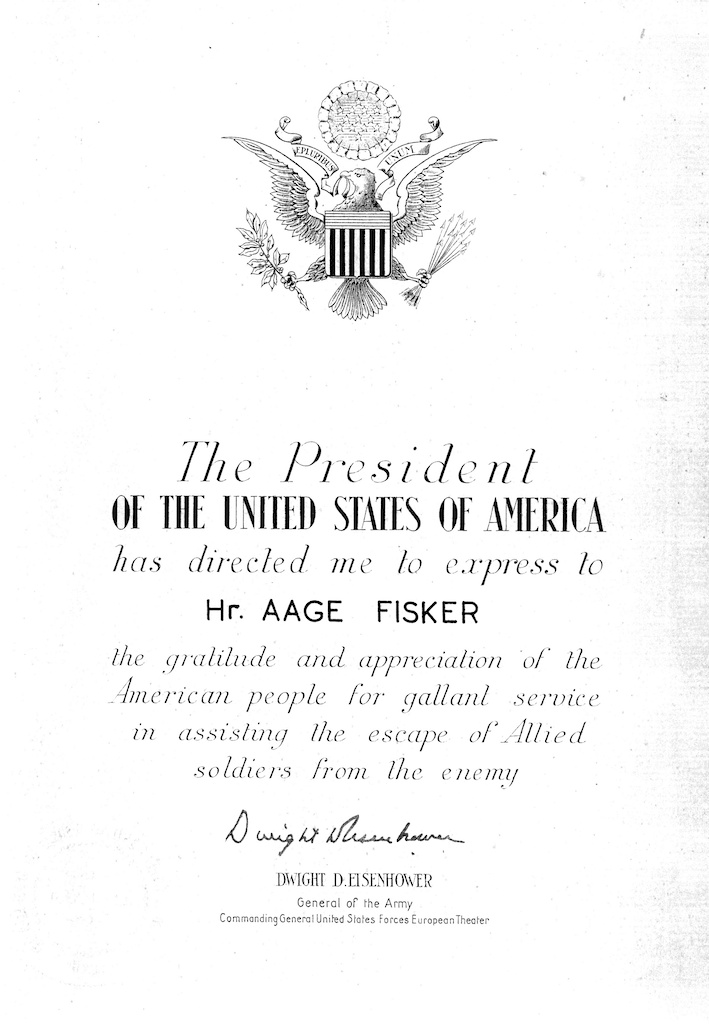 List of Danish Helpers of Stoney Mitchell and Merv Bertie: